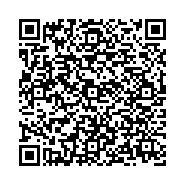 We previously isolated an O-desmethylangolensin (O-DMA)-producing bacterium, Clostridium rRNA cluster XIVa strain SY8519. We studied the metabolism of soy isoflavonoids by strain SY8519 and found that the bacterium attenuated the activity of isoflavonoids by “decomposition”. In this study, the O-methyl derivatives of isoflavones formononetin and biochanin A were fed to the bacterium. Formononetin and biochanin A were metabolized to O-DMA and 2-(4-hydroxyphenyl) propionic acid, respectively, which are the products of the original isoflavones. We could detect daidzein as an intermediate in the production of O-DMA from formononetin by time course analysis of the culture medium. Therefore, strain SY8519 can cleave the O-methyl ethers of isoflavones. We then examined the demethylation of O-methyl derivatives of gallic acid methyl ester by strain SY8519. The metabolite was almost 3-O-methylgallic acid methyl ester but not gallic acid ester. These results suggest that strain SY8519 also cleaves the O-methyl ethers of certain phenolic compounds by demethyl enzyme. We also compared the activities of the O-methyl derivatives of gallic acid methyl ester. As the number of the methyl ether decreased, the activities in tyrosinase inhibition and antioxidant assay increased. Therefore, compared with humans who have different microflora, humans who have strain SY8519 or who have similar microbial activity in their intestine would experience different effects after the intake of phytochemicals.