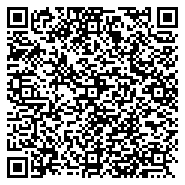 Aromatic hydrocarbons are common groundwater and soil contaminants associated with petroleum product releases. They are hydrophobic and can readily bio-accumulate in the environment. Some PAHs (Polyaromatic Hydrocarbons) are harmful and known to be carcinogenic, mutagenic or genotoxic. Soil samples from hydrocarbon contaminated sites of Chhattisgarh were taken aseptically and their physicochemical properties studied. Soil samples were cultured in BBH media from which a total of eight positive isolates were studied for utilization of four aromatic hydrocarbons viz. Benzene, Toluene, Acenapthene and Napthalene. After biochemical analysis the genera identified were Alacaligens, Arthobacter, Burkholderia, Psuedomonas, Ralstonia, Enterobacter, Micrococcus, Kluyvera. All the isolates except strains Burkholderia and Ralstonia were able to use all the aromatic hydrocarbons studied as sole source of carbon indicated by the color change of resazurine indicator. Strains Pseudomonas and Kluyvera were considered as best degraders since they degraded the broadest spectrum of tested aromatic hydrocarbons and they showed the highest microbial activity in the presence of hydrocarbons tested indicated by the rapidity of the color change of resazurine. Furthermore, strains Enterobacter and Micrococcus exhibited moderate microbial activity against all of the tested hydrocarbons. Isolate Ralstonia was able to utilize benezene, toluene and naphthalene but couldn’t utilize acenapthene. Isolate Burkholderia was able to utilize benzene, acenapthene and naphthalene, but their proliferation was not supported by toluene.