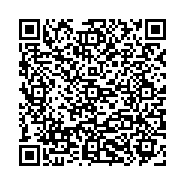 Objective: The gene coding for spermidine/spermine N1-acetyltransferase 1 (SAT-1) participates in the metabolic pathways of polyamines as a rate-limiting enzyme; this gene is involved in regulating polyamine levels and it has been considered a candidate gene for suicidal behavior. The aim of this study was to determine the association between SAT-1 polymorphism A-1537C (rs6526342) and suicidal behavior, in a sample of suicide attempt patients in the Mexican population.

Methods: To observe the association between rs6526342 and suicidal behavior, we evaluated 169 unrelated suicide attempters and compared them to 218 non-suicidal individuals. Patients were evaluated by a trained psychiatrist or clinical psychologist. SAT-1 rs6526342 genotypes were analyzed using the polymerase chain reaction end-point method.

Conclusion: Our results showed an association between allele C of the polymorphism in the promoter region of SAT-1 A-1537C (rs6526342) and suicidal behavior in Mexican males. This suggests that the SAT-1 gene may contribute to the risk for suicidal behavior among the Mexican population.