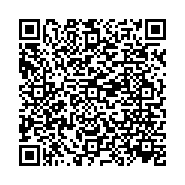 Assessment of Immunoblot for Early Detection of Seroconversion in Pregnant Women

The recently commercialized LDBIO Toxo II IgG® immunoblot test has been shown to be very reliable in the early detection of toxoplasmic seroconversion in pregnant woman. A positive result is defined by the presence of at least three among the five following bands: 30, 31, 33, 40 and 45 kDa, the 30 kDa band being required as a positivity criteria. Moreover, it has been reported that the detection of the sole 30 kDa band was sufficient for this purpose.

We report herein the result of serologic follow-up of three initially seronegative pregnant woman by using ELISAIgG, IFAT-IgG, ELISA-IgM and LDBIO Toxo II IgG®. In two of them, seroconversion was highly suspected on the detection of 30 kDa band and positivity of IgM test and further confirmed by the positivity of conventional tests for IgG. In contrast, in the third case, despite the appearance of the 30 kDa band during the follow-up, seroconversion was discarded as ELISA-IgG and IFAT-IgG tests remained negative and only one additional band was later detected on LDBIO Toxo II IgG®.

Our findings suggest that the detection of the 30 kDa band together with the positivity of IgM test can be considered as a seroconversion criteria but confirmation by further positivity of conventional tests is recommended.