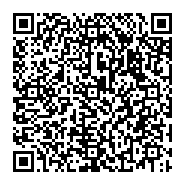 Proteus mirabilis (P. mirabilis) is widespread in nature, mainly found in soil, water, and the flora of human gastrointestinal tract. The current study was attempted to investigate the effects of Mr. Trivedi’s biofield energy treatment on P. mirabilis both in lyophilized as well as revived state for antimicrobial susceptibility, biochemical characteristics, and biotype. P. mirabilis cells were procured from MicroBioLogics Inc., USA, in a sealed pack bearing the American Type Culture Collection (ATCC 25933) number and stored according to the recommended storage protocol until needed for experiments. Two sets of ATCC samples were taken in this experiment and denoted as A and B. The ATCC A sample was revived and divided into two parts Gr.I (control) and Gr.II (revived); likewise, the ATCC B was labeled as Gr.III (lyophilized). Group II and III were given with biofield treatment. All experimental parameters were studied using automated MicroScan Walk-Away® system. The result of antimicrobial susceptibility and minimum inhibitory concentration showed 6.67% and 9.38% alteration, respectively in treated cells of P. mirabilis as compared to the control. In addition, the overall biochemical reactions were significantly altered (42.42%) in the treated groups with respect to the control. Moreover, biotype number was changed in the treated cells, Gr. II, day 5 (40061546) and day 10 (77365764), while without alteration of organism as compared to the control (40061544; Proteus mirabilis). The results suggested that biofield treatment has an impact on P. mirabilis in revived state predominately.