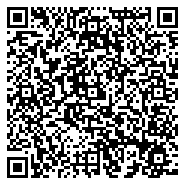 Background: Those with suicide ideation are believed to feel ambivalent toward self-induced death. And actual suicide rate is related with the amount of Internet search about suicide in Korea. So people searching for information on suicide methods may still wish to live. Under this assumption, this study investigated the correlation between search of suicide-related words and the number of visitors to Hee-Mang Click (literal translation: Hope Click), a site providing positive anti-suicide information. Methods: A prospective observational study was done. From August 2010 to October 2013, when five words, "suicide," "suicide method," "how to die," "suicide pact," and "let's commit suicide," were searched in Naver, Korea’s top search engine, Hee-Mang Click’s banner was automatically displayed at the top of the page first. And we checked whether someone searched for negative words related to suicide clicked the banner to enter or not. The number of clicks was verified using the number of visitors inquiry program, search of five words was provided by Naver Serach Trend and weekly deaths by suicide was obtained from Statistic Korea's statistics on causes of deaths. And we conducted the correlation analysis. Results: There was a significant relationship between Hope Click weekly visitors and the number of search of “suicide” (r=0.891, p<0.0001***), “suicide method” (r=0.764, p<0.0001***),“way to die” (r=0.718, p<0.0001***), “suicide pact” (r=0.636, p<0.0001***),and “suicide website” (r=0.644, p<0.0001***). And there was also a significant relationship between the number of weekly deaths by suicide and search of“suicide” (r=0.489, p<0.0001***), “suicide method” (r=0.350, p<0.0001***), “way to die” (r=0.356, p<0.0001***), “suicide pact” (r=0.350, p<0.0001***), and “suicide website” (r=0.442, p<0.0001***) Conclusions: When positive information is offered first to the people who searched for negative words, most of them clicked and verified the positive information. And people who searched negative words related to suicide can be people with a high risk of suicide. In order to prevent suicide, it is important to not only withdraw suicideinstigating information, but also to actively provide positive content on the internet.