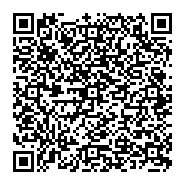 Alcohol exposure is related to increased susceptibility to infections. We investigated the effect of acute exposure to alcohol on pro- and anti-inflammatory cytokine production in an ex-vivo model of whole blood stimulation with lipopolysacharide (LPS). Ten ml of whole blood were taken from 24 healthy volunteers (all men) aged 36.5 ± 1.4 years. Each sample was transferred into two tubes, without and with EDTA as anticoagulant, under sterile conditions. We had 14 groups: the control group in which whole blood was incubated without any other intervention, the LPS group in which whole blood was stimulated with LPS alone, and 12 alcohol groups with (6 groups) and without LPS stimulation (6 groups) using six different doses of alcohol (5‚ 12.5‚ 25‚ 50‚ 100 and 200mM). LPS (500pg) was added after pretreatment with alcohol for 10 minutes. Blood samples were diluted 1:10 in RPMI 1640 culture medium (100μl whole blood added in 900μl RPMI 1640), and then alcohol solution and LPS were added according to the study protocol for incubation period of 4 hours at 37°C. Cell culture supernatants were isolated with centrifugation at 1,800rpm, for 5 min at room temperature and stored at -70°C until measurements. Cytokine levels were determined in culture supernatant with the ELISA method. Alcohol had no effect on cytokine production when incubated with whole blood alone. TNF-α IL-6 and IL-10 significantly increased after LPS stimulation. Alcohol had no effect on IL-6 production after LPS challenge but significantly decreased TNF-α and IL-10 production in the presence of LPS challenge at 25mM to 200mM in a dose dependent manner. Conclusively TNF-α and IL-10 were significantly decreased after alcohol exposure in a dose depended manner in a model of whole blood stimulation with LPS exvivo expressing both suppression of pro- and anti-inflammatory response.