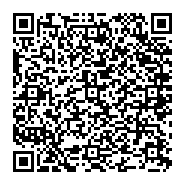 Background: Most patients of Mahatma Gandhi Memorial (MGM) Hospital receive blood transfusion from MGM Blood Bank, but representative data are lacking to substantiate this claim, and the characteristics of individuals who receive the transfusion have not been well described.

Aim and Objective: The main objective of the study was to assess the utilization pattern of blood and blood components and to assess their demand and supply in blood bank of MGM hospital, Warangal.

Results and Discussion: Most of the donors were found to be males (95%) of which O positive 1077(40%) were high in number. 23 infected donations were found in 2684 donations and were excluded from out study population. Age group of 20-29 were the highest donors and also the receptors. 2661 donations were supplied as 3225 units to 2223 patients, 2 unit transfusions was done in 481(21.6%) patients >2 transfusions was found in 197(8.85) patients. Highest number of requisitions were from general medicine ward and most indication was anemia (Includes various causes that may result in anemia, major being nutritional anemia) among which Females were most suffering group with anemia. There was no significant difference found between the average mean of donations per day (32.91 ± 11.65) and average issues per day (28.92 ± 60.19) at p<0.5333. When the replacements and unsupplied units were considered the blood bank was able to supply only 85% of the requests and was falling short of supplies.

Conclusion: Periodic review of blood usage pattern is very essential in MGM hospital. Implementing a transfusion committee is essential for checking the appropriateness of transfusion.