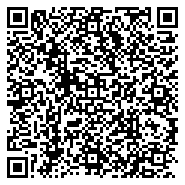 Background: Safety concerns have been raised regarding the regular use of long-acting ß2-agonists (LABAs) with inhaled corticosteroids (ICSs), and some studies suggested patients with asthma who are homozygous for arginine (ArgArg) at the 16th amino acid position of the ß2-adrenergic receptor (ADRB2) gene benefit less from treatment with ICS/LABA than do those homozygous for glycine (GlyGly). Phase III trial of fluticasone/formoterol, which consisted of 8-week, multicenter randomized single-blinded parallel-group study and 52-week, multicenter open-label study, have been conducted in Japan. In the trials, we performed a pilot study on effect of ADRB2 gene polymorphisms on lung function and asthma control to regular use of the new ICS/LABA inhaler. Methods: As number of patients was limited to each institution, nine patients were allowed to participate in this pilot study. DNA in the specimens in patients with persistent asthma was extracted, and the target DNA sequence of the gene was amplified. Allelic discrimination assay for single nucleotide polymorphisms relating to the ADRB2 was carried out. Results: In the 8-week study, patients with either ArgArg or ArgGly genotype showed good changes of peak expiratory flow (PEF) values from baseline with fluticasone/formoterol treatment. In the 52-week study, the improvement of lung function tests (forced expiratory volume in one second and PEF) from baseline was observed with the treatment, and all of the daily diary-based measures of asthma control were improved from baseline in each patient over the treatment period irrespective of their genotypes of ADRB2. Conclusion: This is the first prospective pilot study, which might suggest inheritance of ADRB2 gene polymorphisms may not appear to effect clinical outcomes with fluticasone/formoterol inhaler.