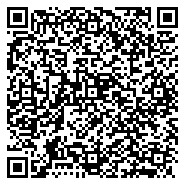 A Comparative Survey of Anxiety Level in Primary School Children with Working and Unemployed Mothers in North of Iran; 2013

Background: Anxiety is one of important disorders of mental health in children and adolescents which is influenced by various endogenous and environmental factors. The aim of this study was a comparative survey of anxiety level in primary school children with working and unemployed mothers in Gorgan in 2013.

Materials and Methods: In this descriptive-analytical and cross-sectional study, 745 male and female primary school students in public and private schools in Gorgan were selected using a combination sampling (stratification and clustering). For data collection were used Spence Children's Anxiety Scale (SCAS) included 38 questions. The collecting data were analyzed using SPSS-21 statistical software and chi-square and t tests. P values of less than 0.05 were considered as the significance level.

Results: The results showed that the average age of students were 9.4 ± 1.65 and in the 38.4% of them were males and 61/6% were female 61/9% of the students had working mothers and 38.1% of their mothers were unemployed. Spence Children's Anxiety Scale total score for the studied sample was 22.74 ± 12.72. A significant difference was observed between two groups of the students with working and unemployed mothers and between two sexes (P<0.05). The separation anxiety and fear of physical harm was the most common disorders and the fear of open spaces also had the lowest prevalence. The prevalence of anxiety disorders in children with unemployed mothers with lower education levels, in female, in families with fewer children and public school students was more.

Conclusion: This study showed that the prevalence of anxiety disorders in students whose mothers are unemployed and among the girls was more. Therefore, it’s necessary to pay more attention to the mental health of the mothers and students with considering of their important role in family and society.