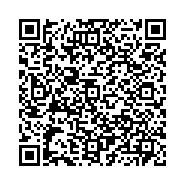 A Case Report of Multiple Parasitic Infestations with Shigellosis

Enteroparasites are worldwide in distribution and enteroparasitic infections are usually seen in conditions with lowered immune response like malignancy, malnutrition, HIV infection, pregnancy, etc. In this report, we are discussing a case of a seven year old boy, having quadriplegic spastic cerebral palsy with mental retardation who was admitted in Paediatric inpatient department of our hospital, with chief complaints of acute abdomen, loose stools and not accepting feeds. Routine stool examination showed rhabditiform larvae of Strongyloides stercoralis along with trophozoites of Giardia lamblia, cysts of Entamoeba histolytica and eggs of Trichuris trichiura. The soil transmitted threadworm, Strongyloides stercoralis is one of the most neglected among the so-called neglected tropical diseases. Giardia lamblia is considered to be the most common human protozoan enteropathogen worldwide. E. histolytica is a leading cause of mortality and morbidity in developing countries. While Trichuris trichiura is a common intestinal parasite of humans, primarily affecting caecum and appendix. On aerobic culture, non-lactose fermenting colonies of Shigella dysenteriae type1 were isolated. Patient was started on Albendazole therapy, to which he responded well. This study reflects the importance of taking into consideration the possibility of such neglected parasitic infections, in order that their underreporting can be brought into check.