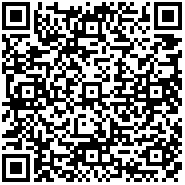 2A - The "go-to" Technology for Transgene Co-expression

Ekaterina Minskaia and Garry A. Luke

In order to co-express multiple genes for biotechnological and biomedical applications, several approaches have been used with varying degrees of success. Currently, internal ribosome entry site (IRES) elements and “selfcleaving” 2A peptides are the most widely used. The length of the IRES can be prohibitive and IRES-dependent translation of the second open reading frame is often significantly reduced. 2A peptides have gained in popularity due to their small size and ability to consistently produce discrete proteins at an equal level. Here, we promote the use of these sequences as the “go-to” technology for co-expression of multiple proteins.